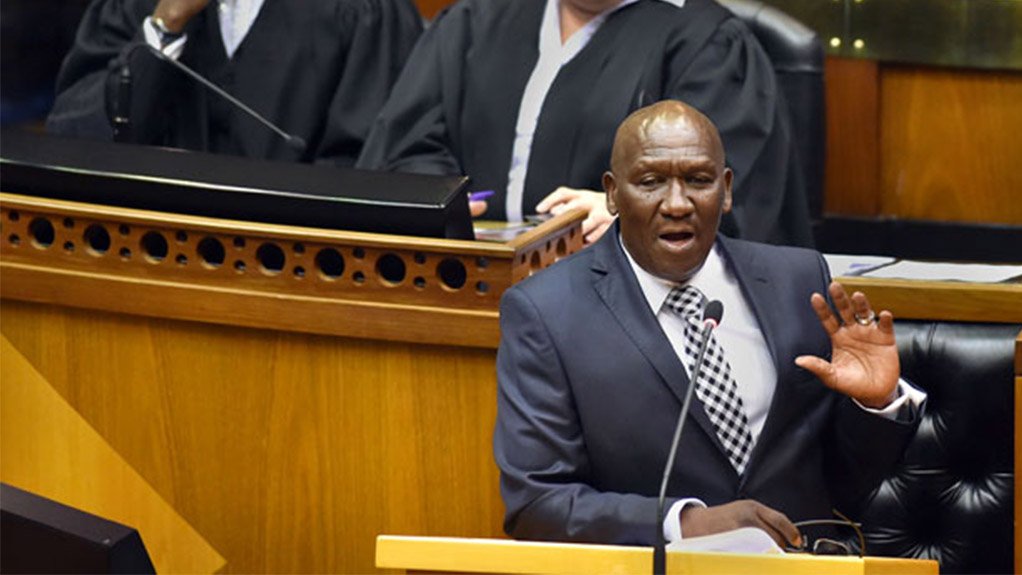 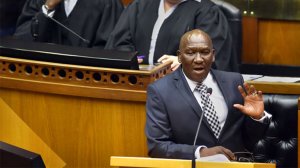 Police Minister Bheki Cele's ministry has spent R8-million on accommodation, entertainment and catering between 1 April 2019 to 17 June this year, while the rest of the police force spent more than R3-billion on the same services over the same period.

The police's overall budget has dwindled during this time.

This was revealed in Cele's response to a written parliamentary question by Democratic Alliance (DA) MP Janho Engelbrecht.

Engelbrecht asked how much had been spent on accommodation, catering and entertainment for Cele, his deputy Cassel Mathale, and all other police officials since he came into office on 29 May 2019.

However, the police's accounting doesn't break down costs from specific dates, and the amounts since the start of the 2019/20 financial year – 1 April 2019 – are given.

Taxpayers footed a bill of R7.5-million for accommodation, R6 986 on entertainment and R443 146 on catering for Cele, Mathale and ministerial staff over the period.

For other officials, the police spent R1.5-billion on accommodation, R1.8-million on entertainment, and R42.3-million on catering.

"Entertainment expenses relates to refreshments, in the form of coffee, tea, non-alcoholic beverages and biscuits, for visitors to the offices of all Senior Management Service (SMS) members in the Ministry and the SAPS including Station Commanders, which will not exceed two thousand rand (R2 000) per SMS member or Station Commander (irrespective of rank) cumulatively per financial year," reads Cele's reply.

"It should be noted that accommodation expenditure of officials in the SAPS, will realise at higher levels in instances where officials had to be accommodated away from their normal place of work, due to specific operational needs and deployment requirements, i.e. unrest periods, election, other events of national importance, detached duties, investigation of criminal cases, etc."

No explanation for the catering costs was provided.

The police's dwindling budget has been a concern during the period.

The Portfolio Committee on Police heard in April this year, when the police's budget for the 2022/23 financial year was presented, that the budget for visible policing would again decline, as it had the year before.

Committee chairperson Tina Joemat-Pettersson said at the time that, despite the nominal increase of about R225-million from the previous year's budget, their allocation in real terms had decreased by R4.1-billion.

According to the police's presentation to the committee, visible policing was the only one of their five main programmes that would receive less money this year than it did in 2021/22.

The police's chief financial officer remarked that these increases were less than inflation.

The Directorate for Priority Crime Investigations, better known as the Hawks, receives its budget out of the R20.760-billion budgeted for detective services.

When the police made a similar presentation to the committee last year, they indicated that visible policing's budget had shrunk by almost R4-billion, with its sub-programme crime prevention absorbing most of the cut.

Commenting on Cele's response, DA MP and spokesperson on police Andrew Whitfield said in a statement that, while Cele "blows the budget on catering and accommodation, visible policing has suffered personnel and budget cuts over the years while millions of South Africans live in a permanent state of fear".

"The DA accepts that accommodation costs include the legitimate cost of housing SAPS members away from their ordinary duties, but the exorbitant amount must be investigated by the Portfolio Committee on Police. It is simply outrageous that SAPS is spending over R1.4-million per day housing SAPS members," he said.

Whitfield said it "is unconscionable" that more than R1.5-billion could be spent on accommodation and R42.3-million on catering, but its frontline personnel, detectives and reservists were reduced "while South Africans are murdered, maimed and raped".

"What more does Minister Cele need to do in order for President Ramaphosa to fire him? South Africans are sick and tired of his incompetence and disregard for them. It is time that Cele must go."