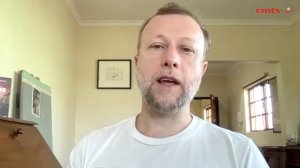 Amid evictions, raids, killings, the drug trade, and fire, inner-city Johannesburg residents seek safety and a home. A grandmother struggles to keep her granddaughter as she is torn away from her. A mother seeks healing in the wake of her son’s murder. And displaced by the city’s drive for urban regeneration, a group of blind migrants try to carve out an existence.

The Blinded City recounts the history of inner-city Johannesburg from 2010 to 2019, primarily from the perspectives of the unlawful occupiers of spaces known as hijacked buildings, bad buildings or dark buildings. Tens of thousands of residents, both South African and foreign national, live in these buildings in dire conditions. This book tells the story of these sites and the court cases around them, which strike at the centre of who has the right to occupy the city.

In February 2010, while Johannesburg prepared for the FIFA World Cup, the South Gauteng High Court ordered the eviction of the unlawful occupiers of an abandoned carpet factory on Saratoga Avenue and that the city’s Metropolitan Municipality provide temporary emergency accommodation for the evicted. The case, which became known as Blue Moonlight and went to the Constitutional Court, catalysed a decade of struggles over housing and eviction in Johannesburg.

The Blinded City chronicles this case, among others, and the aftermath – a tumultuous period in the city characterised by recurrent dispossessions, police and immigration operations, outbursts of xenophobic violence, and political and legal change. All through the decade, there is the backdrop of successive mayors and their attempts to ‘clean up’ the city, and the struggles of residents and urban housing activists for homes and a better life. The interwoven narratives present a compelling mosaic of life in post-apartheid Johannesburg, one of the globe’s most infamous and vital cities.

Matthew Wilhelm-Solomon is a writer, editor and educator who was born in Johannesburg, South Africa. In 2022, he was a Senior Writing Fellow in Anthropology and a visiting researcher at the African Centre for Migration & Society at the University of the Witwatersrand (Wits University), where he has worked since 2011. He holds a masters and doctorate in Development Studies from the University of Oxford, studied on a Rhodes Scholarship, along with an undergraduate degree from Rhodes University and an Honours degree from Wits University. He is a contributing co-editor of several collections including the Mail & Guardian e-book of long-form narrative Writing Invisibility: Conversations on the Hidden City (2013), the academic book Routes and Rites to the City: Mobility, Diversity and Religious Space in Johannesburg (Palgrave Macmillan, 2016) and its accompanying visual supplement, and Affective Trajectories: Religion and Emotion in African Cityscapes (Duke University Press, 2020). He has published on his work on Johannesburg in leading international journals including Cultural Anthropology and Society and Space and has given talks on his work internationally including in Berlin, Brussels, Paris, Rio de Janeiro and São Paulo. He has published journalistic features and opinion pieces widely – including in Africa is a Country, ConMag, The Conversation, The Chimurenga Chronic, Daily Maverick, The Mail & Guardian, New Frame and the (South African) Sunday Times. He presently lives between Johannesburg and Florianópolis, Brazil.