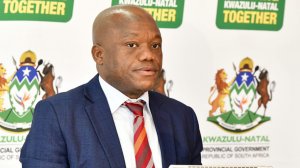 The ANC in the province on Friday afternoon announced his resignation as KZN premier following his defeat at the ANC KZN elective conference, where he had to relinquish the chairperson position.

Through a statement, the ANC said "Cde Zikalala offered the Provincial Executive Committee (PEC) his resignation yesterday, which was accepted" and the PEC has since communicated with the ANC National Officials and were instructed to make recommendations of three names who will undergo an interview process.

The names of the three candidates have since been submitted and they according to the ANC in KZN will undergo interview process on Saturday.

The party said it was with great pain that it accepted Zikalala's resignation "as he was still doing a great job in the province since he took over".

"We are grateful to the job he has done for the people of this province and we appreciate that he  made a conscious decision not to leave office hastily. Cde Zikalala's tenure has come with a lot of good in the province, including a number of  provincial government departments  receiving unqualified audit outcomes for the first time," read the statement.

According to sources, the newly elected provincial executive committee (PEC) was informed of Zikalala's request to be released from his position when it met for the first time on Thursday.

A PEC member told News24, "It was communicated to us [the PEC] that Zikalala believed the environment was no longer conducive for him to continue as KZN premier and as such asked to step down."

"It was made clear that he will remain in the ANC and has committed to working hand in hand with the newly elected leadership to ensure that there is a smooth transition, and the party wins the national elections," the PEC member added.

When approached for comment, Zikalala requested that questions be sent to him via text message as he was unable to answer his phone, but he had not responded by the time of publication.

The newly elected provincial ANC leadership was not available for comment.

Adding salt to the wound, Zikalala, who had accepted the nomination as an additional PEC member, failed to make the cut as delegates again showed their resentment for him.

From the outcome of the votes, it was clear that there were anti-Zikalala sentiments, and delegates were ready to vote for anyone but him.

Speaking to News24 at the conference, newly elected provincial ANC secretary Bheki Mtolo promised that Zikalala would not be pushed out and would remain premier until the national and provincial elections in 2024.

A similar commitment was made by Duma, who vowed that there would be no purging of leaders in the provincial executive shortly after he was elected chairperson.

Zikalala himself dealt a similar blow to his predecessor, Senzo Mchunu, when he forced him out as premier after he had also lost the chairperson position at the 2015 provincial elections.

The new leadership of the African National Congress in North West faces an uncertain future, and its newly elected chairperson could be forced out due to a culpable homicide charge still hanging over his head. Former North West MEC for human settlement Nono Maloyi emerged victorious over Premier Bushy Maape at the North West ANC's ninth elective conference over the weekend. Ahead of the election, there was a strong push for Maloyi not to contest for the position, with his critics citing a 2018 culpable homicide case that was provisionally withdrawn by the National Prosecuting Authority as grounds for him to step aside. Branches in Bojanala, the ANC's biggest region in the North West, wrote to the interim provincial committee, requesting that Maloyi not be allowed to stand for election, given that the culpable homicide charge may still be reinstated. →