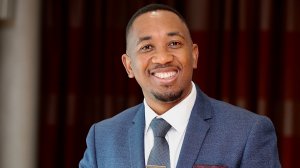 JOHANNESBURG (miningweekly.com) – The JSE has a new product that is appropriate for fund-raising by junior mining companies, JSE origination and deals head Sam Mokorosi said on Friday.

Mokorosi, who was speaking at Minerals Council South Africa’s Junior and Emerging Miners Desk webinar, highlighted the new product against the background of the JSE wanting to reverse the low number of junior mining listings on the exchange, about which it is very concerned. (Also watch attached Creamer Media video.)

He highlighted the new product in response to an observation made by Council for Geoscience CEO Mosa Mabuza that although South African mining’s future was junior, the country had not made it easy for juniors to list on the stock exchange and initial public offerings (IPOs) were not occurring in the exploration space.

“It would be incredible if we can begin to see IPOs in our very own JSE that will be led by junior miners, which would also be based on the quality of the asset that we would be able to delineate in the next weeks, months and years,” said Mabuza.

With capital formation in the unlisted, private market growing tremendously since the global financial crisis of 2008, many exchanges around the world, including Nasdaq private markets, have moved into helping unlisted companies to raise capital by way of private placements, and this was now being seen as a path forward for small, medium and micro enterprises (SMMEs) in South Africa as well.

“We have a focus on the SMME ecosystem and how we, as the JSE, can assist with capital formation within that world,” said Mokorosi.

The new JSE private placements platform currently has 15 companies raising R3-billion worth of capital on it.

“We also have investors on the platform, including large institutions like Sanlam, Old Mutual and Momentum, as well as private equity funds, venture capital, BEE investment companies and high net worth investors.

“We’ve created this ecosystem that says please come on to JSE private placement for your fund raise if the listing route is not appropriate for you at this stage,” Mokorosi told the webinar covered by Mining Weekly.

The process has been designed to be as simple as possible and enable the fund-raise process take place as quickly as possible.

“You as a junior miner would come to us, we would understand what you’re looking to raise money for, do all the FICA checks and then put the fund raise on to our platform.

“We do have a set-up fee that is somewhere between R20 000 and R100 000, depending on how much you are raising. Within paying that set-up fee, the deal goes live and within two weeks we’ll put you in front of quantified investors that understand your deal,” Mokorosi added.

This unlocks an opportunity for the JSE to enter the private equity and debt market in South Africa and across the continent.

The Junior and Emerging Miners Desk programme in the Minerals Council represents 38 junior and midtier producers as well as exploration/development companies.

Junior mining and exploration have been identified as key components in developing and driving the overall mining sector.

The release of the exploration strategy and implementation plan by the Department of Mineral Resources and Energy in April spoke to the need for exploration to be increased to 5% of all global exploration dollars within the next five-year period.