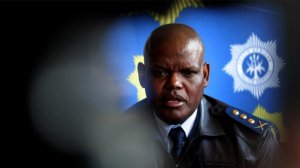 President Cyril Ramaphosa, who cut short his international engagements as South Africa once again descended into Stage 6 load-shedding, has acknowledged that priority has to be given to solving the electricity crisis if the country aims to attract the investment required to raise growth and tackle high levels of unemployment.

Writing in his weekly newsletter, Ramaphosa said: “First and foremost, we have to overcome the electricity crisis”.

Notably avoiding any criticism of the current Eskom leadership, the President said the severe load-shedding of recent weeks was a reminder of how unstable Eskom’s ageing power stations had become.

The State-owned utility had received board and shareholder approval to buy 1 000 MW of existing surplus capacity from existing independent power producers, industrial businesses with generating capacity and from countries in the region that were in a position to export electricity to South Africa.

Former top cop Khomotso Phahlane and high-ranking officers in the Crime Intelligence division were arrested in a series of raids – the fruit of an Investigating Directorate probe into a R54-million procurement scandal which has spanned years.

Sources close to the investigation said swoops played out in Durban, Johannesburg, Pretoria, and Gqeberha last night, with the operation stretching into the early hours of the morning.

According to impeccable sources, former national commissioner Phahlane was taken into custody at his home in the plush Sable Hills Estate on Tuesday morning.

Acting head of the Crime Intelligence secret fund, Major-General Obed Nemutanzhela, was arrested at the OR Tambo International Airport while attempting to board a flight to Cape Town.

The last to be placed in handcuffs was Major General Agnes Makhele, head of Crime Intelligence in the Free State, who was arrested in Bloemfontein today.

They are expected to appear in the Pretoria Commercial Crimes Court on Wednesday.

Above and beyond the obligation to declare any personal or private financial or business interests, executive members will now have to disclose funds received for their internal party campaigns.

Today the Constitutional Court upheld a Gauteng High Court judgment that found legislation in the Executive Ethics Code was unconstitutional and invalid as it did not require members of the executive to disclose "donations made to campaigns for their election to positions within political parties".

Handing down the unanimous judgment, Justice Steven Majiedt found the code "falls short of constitutional and statutory dictates of transparency, accountability, and openness".

He added the current legislation around disclosures of donations for internal party elections undermined the Ethics Act.

He stressed that "the need for transparency in campaign donations must be understood against the backdrop of and the context of the pressing need to curb and strive towards eradicating corruption".