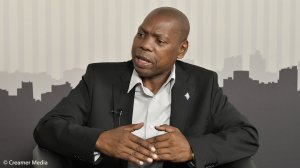 Acting Public Protector Kholeka Gcaleka says advocate Busisiwe Mkhwebane's claims that her office's Phala Phala investigation has been unduly delayed because of her suspension by President Cyril Ramaphosa are "inaccurate and untrue".

The investigation relates to the break-in and theft at Ramaphosa's Phala Phala farm in Limpopo in 2020.

Gcaleka states in papers filed at the Western Cape High Court that "No facts are put up in support of these allegations."

Gcaleka has also hit back at opposition parties that have demanded that she provide them with an interim report on the Public Protector's Phala Phala investigation. She says this is "contrary to the legal standards that the [Public Protector] must comply with" in relation to its Executive Ethics Act investigations.

In a speech meant to declare that the race for the ANC presidency was on, presidential hopeful Zweli Mkhize lambasted those who "unashamedly" abuse political power through state machinery, and the rise of "cabals" in the party.

Mkhize delivered the Victoria Mxenge memorial lecture at Wiggins Hall in Durban where he aimed at President Cyril Ramaphosa and his allies in the ANC in a thinly veiled attack.

He accused them of using State power to eliminate political opponents.

Mkhize is contesting the ANC presidency and is seeking nomination to go up against Ramaphosa at the ANC elective conference in December.

The former health minister, who resigned under a cloud of controversy, decried what he called an inconsistency in the application of the law.

The acting director of the Africa Centres for Disease Control and Prevention said the Covid-19 pandemic is still a threat on the African continent given low vaccination rates.

Ahmed Ogwell Ouma said the virus is still circulating, and with the low rates of vaccination the pandemic is still very much on the continent.

He was responding to a question about whether he agreed with comments by the head of the World Health Organization Tedros Adhanom Ghebreyesus that the end of the Covid pandemic was now in sight.

The Africa CDC director said just over 22% of Africa's population was fully vaccinated against Covid and that his agency would continue pushing to raise that number. "The levels of protection are still relatively low," Ouma told reporters.