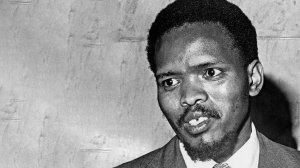 President Cyril Ramaphosa said today that government continues its work to fulfill the basic rights of every South African to ensure quality lives free of disease, hunger and deprivation.

In his weekly letter to the nation Ramaphosa wrote that policies implemented by successive democratic administrations had tried to salvage the lost dignity of South Africa’s majority by providing education, health care, housing and basic services.

Ramaphosa pointed out that 28 years into the country’s democracy, South Africa was confronted with poverty, unemployment and inequality, which was often disheartening to citizens who then lose sight of how far they have come in giving effect to the principles on which the country’s Constitution is founded and that anchored Biko’s thought and teachings.

Ramaphosa will visit the Jagersfontein-Charlesville area in the Free State, today, where a diamond tailings deposition dam has burst its banks, destroying homes, and killing at least one person.

The Department of Cooperative Governance said multi-disciplinary teams consisting of the South African Police Service, emergency medical services, health, disaster management, social development, search and rescue personnel and engineers from the mine are on the scene, where search, rescue, immediate relief, and stabilisation operations are underway.

Suspended Property Practitioners Regulatory Authority CEO Mamodupi Mohlala and the SABC's axed head of news, Phathiswa Magopeni have made the shortlist to fill vacancies at the State broadcaster's board.

A subcommittee of Parliament's Portfolio Committee on Communications will officially kick off its interviews of 37 candidates to fill 12 vacancies on the SABC board.

The interviews are set to take place between Tuesday and Friday.

While the current board's term is set to expire in October, at least five of the shortlisted candidates to be interviewed this week, including Mohlala, are currently serving on the outgoing board.