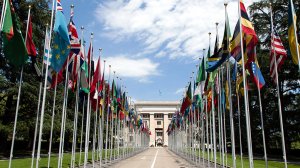 ActionSA has criticized the South African government for declining to support the United Nations resolution against Russia, warning that the war will result in the suffering of millions of innocent people on all sides of the conflict.

The UN General Assembly voted on a resolution yesterday, demanding Russia stop its war against Ukraine.

South Africa chose to abstain from voting, joining a list of just 39 nations that opposed or abstained in the vote.

141 out of 193 UN member States voted for the non-binding resolution. Five countries voted against the resolution.

ActionSA president Herman Mashaba said the unjustified Russian invasion of Ukraine is a clear violation of the international legal principle of territorial sovereignty.

Following the disbanding of the African National Congress provincial leadership in the Eastern Cape and Mpumalanga, task teams in these two provinces will have to ensure that provincial conferences are held.

This week, the ANC's national working committee decided to dissolve the provincial executive committees in the Eastern Cape and Mpumalanga.

The two provinces have expired mandates, and the ANC constitution requires that a provincial conference be held every four years.

Five Covid-19 deaths were also reported in the last 48 hours, taking the confirmed death toll to 99 458.

According to the Department of Health, almost 32-million vaccine doses have been administered.