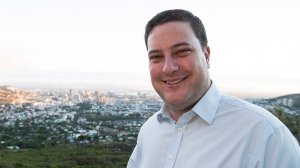 She will take up the position on September 1.

She has two decades of experience and is also the first woman to hold the positions of President and Deputy President of the Supreme Court of Appeal.

Ramaphosa says Maya will contribute to the ongoing transformation process of the Judiciary.

President Cyril Ramaphosa's attorney says he has "no objection" to providing his answers on the Phala Phala matter to the court deciding on advocate Busisiwe Mkhwebane's latest challenge to her suspension - but was instructed not to do so by the Public Protector's office.

Mkhwebane is seeking to urgently challenge Ramaphosa's decision to suspend her, pending a parliamentary inquiry into her fitness to hold office in the Western Cape High Court.

She contends that Ramaphosa is conflicted and may have suspended her in retaliation for, among other things, her investigating him over the 2020 break-in at his Phala Phala farm in Limpopo.

Former spy boss Arthur Fraser laid criminal charges against Ramaphosa over the break-in, which was alleged to have involved significant amounts of foreign currency.

The City of Cape Town will start paying cash to commercial and industrial customers to feed power to the grid in an effort to end load-shedding.

And, Cape Town to 'pay actual cash' to businesses for power in attempt to end load-shedding

Executive Mayor Geordin Hill-Lewis made the announcement during a discussion session between the City of Cape Town, private commercial consumers and non-profit GreenCape.

Hill-Lewis has set a goal for Cape Town to be the first load-shedding-free city in the country. Among steps taken to enable this, the city has launched a tender to add 300 MW of renewable energy to the grid - this is now at the assessment stage. The City also has started a year-long wheeling pilot project. Once the pilot project is concluded, the wheeling facility will be open to the market.

But the next breakthrough is the City's decision to drop the requirement for its commercial and industrial customers with small-scale embedded generation (or their own power solutions) to be net consumers - which prevented them from producing more power than they consume from the City.