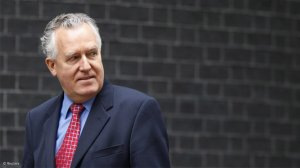 Making headlines: DA calls for Bheki Cele to be axed after rape comments, stage 2 load-shedding today and tomorrow and, Bain banned from UK government contracts over role in SARS capture

DA calls for Bheki Cele to be axed after rape comments

The Democratic Alliance wants South Africans to sign its petition calling for Police Minister Bheki Cele to be fired, saying it is time the South African Police Service is led by a serious and skilled Minister.

During a television news interview, Cele stated that "a 19-year-old woman was lucky to be raped by one man while others were raped by 10 men".

This was in relation to the recent attack on eight women near Krugersdorp, while they were shooting a music video at a disused mine.

The DA said Cele’s comments should be the absolute last straw, adding that it showed an utter lack of sensitivity towards women and rape survivors.

Eskom is implementing Stage 2 load-shedding from 4pm to midnight today and tomorrow.

Some units are expected to return to service over the next few days.

Eskom currently has 2 931megawatts on planned maintenance, while another 15 051 megawatts of capacity is unavailable due to breakdowns.

Global consultancy Bain & Company has been banned from UK government contracts for three years over the role it played in facilitating the capture of the South African Revenue Service.

Lord Peter Hain, a former UK Cabinet minister with links to South Africa, recently claimed Bain was employing staff in its London office who "colluded" with former president Jacob Zuma, and asked that the government to ban it.

The Financial Times reported that the UK Cabinet Office minister told Bain in a letter that the company’s integrity was now "questionable" and that he was not convinced that it had taken its role in the scandal "sufficiently seriously".

In 2012, retired South African general Johan Jooste was parachuted into the seemingly unwinnable war against rhino poaching in the Kruger National Park. With poaching spiralling out of control, Jooste was given the mandate to ‘go military’, to convert Kruger’s ranger corps into a paramilitary force capable of taking the fight to the poachers. Aged 60, white, and a veteran with 35 years’ military service, Jooste’s controversial appointment was immediately met with resentment and outright ... →